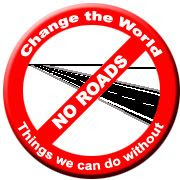 Boeing recently announced that it will have a hydrogen plane in the air later this year. The Boeing Fuel Cell Demonstrator Airplane is scheduled to fly at an altitude of about 2,000 feet (610 meters). The plane has a wing span of 16.3 meters (53.5 feet) and can fly at a speed of about 100 kilometers (62 miles) per hour.

The technology is identical to what is used in hydrogen cars such as the Ford HySeries, GM's HydroGen4 and Kia's 4×4 Fuel Cell Electric Vehicle, i.e. tanks holding hydrogen in the form of compressed gas, fuel cells, lithium-ion batteries and electric motors, in the case of this plane a single motor coupled to a conventional propeller.

Just like cars can (and already are) getting their electricity and hydrogen from the solar panels on top of parking lots, planes could similarly be powered from clean energy, such as from solar or wind power facilities in our backyards.

Boeing first announced the electric plane project in November 2001, when it said the first test flights could begin in early 2004. At the time, there was even speculation that the first flight would coincide with the celebrations of the 100th anniversary of the Wright Brothers first powered flight back in December 17th, 2003. Those plans have since been pushed back several times, but it now looks like it is finally going to happen.

Planes like this have the potential to reshape the face of the world. Imagine if we all used personal aircraft instead of cars. We no longer needed any roads, nor large, noisy airports. Instead we could use small airstrips to take off and land, perhaps in our backyards.

Communities without roads constitute a dramatic change in urban design. Houses could be smaller, as there's no need to put cars in garages. Without roads, houses could also be built much closer together - that in itself could reduce travel time. Simple pathways would be sufficient, connecting all such houses with a center comprising of shops, restaurants, medical specialists, lecture theaters, all within walking distance. Imagine the cost savings on cars, roads, bridges, tunnels, airports, railway tracks and railway stations, on gasoline and service stations. People could largely work from home and meet at facilities of the center closeby, resulting in further savings on office buildings and their car parking facilities.

There would also be huge time savings; given an abundance of small landing strips, planes could take us in a more direct line from one place to another, as opposed to the congested road system where cars line up for a multitude of traffic lights. GPS-navigation and radar technology could also result in a spectacular drop in traffic accidents; after all, there is much more space in the (three-dimensional) sky than on the (two-dimensional) ground.

To help such developments take off, we need to tax items that cause greenhouse gas emissions, such as fossil fuel, meat and fertilizers, with the tax proceeds going to local supply of better alternatives, such as solar and wind power, agrichar and vegan-organic food served in restaurants in communities without roads.

Please support our efforts to change the world and copy, post or email this article widely!

The Hydrogen Economy - articles featured in this group
http://www.gather.com/viewArticles.jsp?filter=feature&grpId=3659174697249995&nav=Groupspace

Change the World - articles featured in this group
http://www.gather.com/viewArticles.jsp?filter=feature&grpId=3659174697250134&nav=Groupspace